Momentary Ink was looking to streamline their online buyers’ experience for the Spring/Summer season as they were facing quite a lot of challenges from both the Front-end and Backend sides of their system.
From the frontend side, they were facing the following issues:
The website pages were taking more than the normal time to load, which was impacting the overall site’s performance.
There were notable glitches and bugs on the web pages that were not only spoiling the user experience but were also making the site look cheaper. The site was not properly optimized for mobile devices. They wanted to get some of their web pages revamped in terms of design and functionality, so the overall customer experience could be enhanced.
Whereas, from the backend side, they had the following issues: Whenever a new order was created, it was redirected to the designers, who would convert them into high-resolution vector images. The records for all these orders were uploaded into cloud storage, which eventually maxed out. Momentary Ink used two servers to support its backend operations. Unfortunately, one of these two servers went down. So, they needed a new server that could imitate the functionality of the lost one.

Momentary Ink approached BrainX to solve this problem for them. Our teams sat down together to study the case and brainstorm ideas to provide the best solution for their e-commerce store. The idea was to refine the website experience, from both frontend and backend aspects, so that a better user experience could be created for their customers in the future.

Our team worked hard to finally solve all the errors that Momentary Ink was facing in its online operations. For Frontend issues, our team:
Optimized the speed of all the web pages of the site, which improved their search engine ranking. Eliminated major glitches that were jeopardizing the frontend user experience.Made all the web pages highly optimized for mobile devices.
Moreover, our team used the A/B testing method while re-designing the pages. In this method, two different variants of each page were created and were presented to different customers – whichever page performed better (in terms of sales) was then finalized for the site.
For Backend issues, our team Erased all the unnecessary data related to older customer orders, thus freeing up a lot of space in the cloud for newer data. Created a new server by mimicking the operations of the existing server and successfully integrated it with the system. The end product was quite useful for Momentary Ink, as it not only streamlined their backend operations but also improved their customer experience, which was apparent in the form of the site’s visitor count.
So, now the company could offer its customers a platform that provided
You might also like:
PROJECT
Business
Choosee
VIEW CASE STUDY 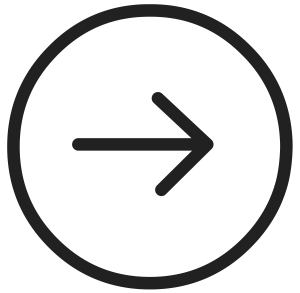